“Warton Crag is a limestone hill in north west Lancashire, England. It lies to the north west of Warton village, in City of Lancaster district. At 163 metres (535 ft) it is the highest point in the Arnside and Silverdale Area of Outstanding Natural Beauty, and is listed as a “HuMP” or “Hundred Metre Prominence”, its parent being Hutton Roof Crags.  Two areas are Local Nature Reserves, called Warton Crag and Warton Crag Quarry.  Different sections are owned by Lancashire County Council, the Wildlife Trust for Lancashire, Manchester and North Merseyside, Lancaster City Council and the Royal Society for the Protection of Birds.

Two caves on the west side of the hill called Dog Holes and Badger Hole show signs of early human occupation, with excavations finding a range of artefacts.

The summit of the hill was the site of a small multivallate hillfort during the Iron Age period. The approximately 3.2-hectare (7.9-acre) enclosure was defended by rock scarps and steep slopes to the south and west with triple stone ramparts forming an arc on the other sides.

Many plants are found on the crag, including horseshoe vetch near its northern limit, spindle tree and many ferns.  The site is rich in butterflies, including the rare pearl bordered fritillary and high brown fritillary.  Much of the hill is listed as a Site of Special Scientific Interest, being considered the best example of limestone grassland in Lancashire, with areas of Limestone pavement.

The former quarry on the west of the crag is a regular breeding site for peregrine falcons and is protected by a Falcon Watch team of volunteers.

The crag is used by rock-climbers, and a fell race on the crag takes place annually as part of Warton Children’s Sports Day.”

We waited until 10:30am when the forecast said it would be clear of hail and heavy rain.

We aimed to do roughly 16k hike around the area as it was close by and not too far to travel to incase the weather took a turn for the worse.

Parked at Warton Crag free car park where the birds of prey live on the small cliffs there.  Many bird watchers are seen camping around the area to view the birds.

We walked towards Silverdale where there was a lovely nature reserve with shop and coffee shop halfway 5 kilometres in.  The sun came out when we started the walk around 11am, part of the path was still quite muddy, but cleared as you come out of the forest areas.

Lovely shop and cafe where you can refresh, with views of parts of the nature reserve at the rear of the shop.

From here we walked through part of the nature reserve back to Warton Crag car park. 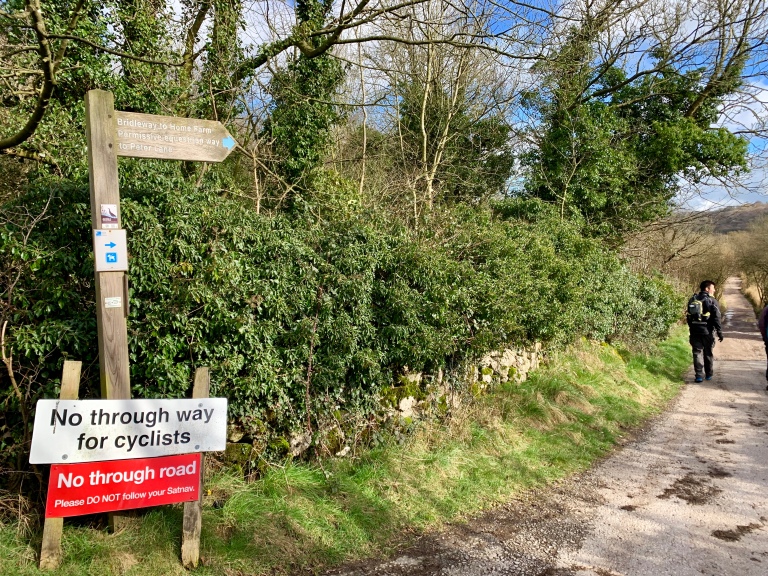 Walking through the reserve took us towards Leighton Hall grounds where there was an off-road event going on.

From there we headed to the highest point.

Turned out to be a lovely sunny day with slight breeze in places.  Some muddy obstacles but we all made it without any drama.